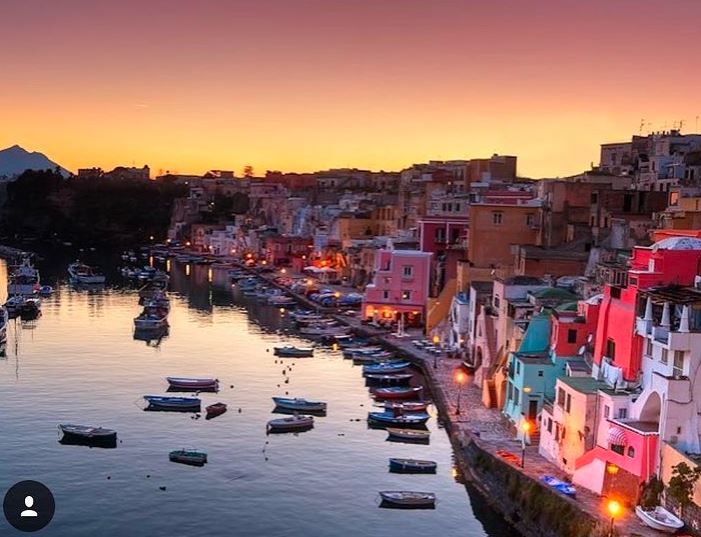 Lying barely 3 Km ( 2 miles ) from the mainland and 10 Km ( 6 miles ) from the nearest port ( Pozzuoli ),Procida is an island of enormous contrasts.It's the most densely populated island in Europe. just more then 10,000 people crammed into less than 3½ square Km ( 2 square miles ) and yet there are oases like Marina Corricella and Vivara,which seem to have been bypassed by modern civilizzation.The inhabitans of the island the Procidani have an almost symbiotic relationship with the Mediterranean many join the merchant navy,others either fish or ferry vacationers around local waters.And yet land traffic here is more intense than on any other island in the Bay of Naples