Pontone:it's located 5 km away from amalfi 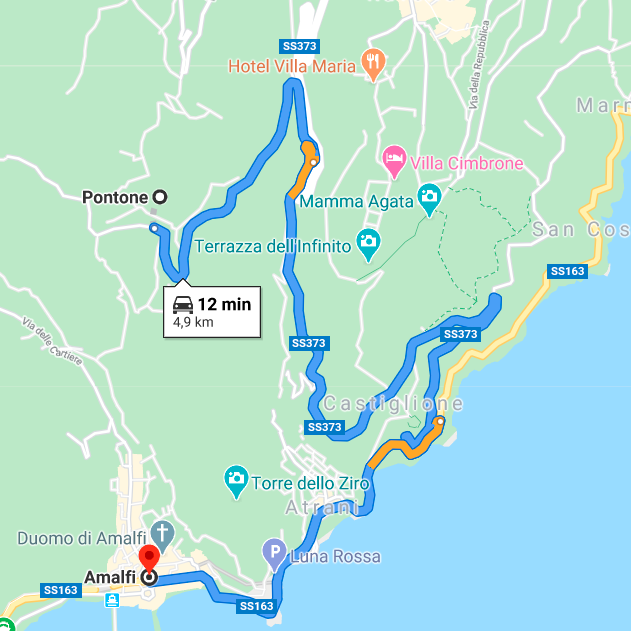 This small village in the municipality of Scala was the first fortified bulwark in the territory of Amalfi in medieval times. Over the centuries Pontone, the castrum scalelle, became the picturesque village it is today, where the relaxing atmosphere has made it a favoured destination for visitors from near and far. Visit the ruins of Sant'Eustachio, the 12th century San Giovanni Battista church, and the San Filippo Neri church. The squared stone bell tower and the cross-vault roof are particularly striking.
Pontone is the departure point for walks along paths leading to the Torre Dello Ziro and to the Valle Delle Ferriere, which lead all the way to Amalfi (see Walks section).