The heart of the coast, and a UNESCO World Heritage Site since 1997.
Amalfi dates back to the 4th century AD, when Roman refugees settled here. It reached its apex in 839 AD, when it declared its independence from the Byzantine Duchy of Naples, and became the first Maritime Republic in Italy. For centuries it was the only link between Europe and the whole of the Byzantine Levant. The first code of maritime laws, the Amalfian Laws, were compiled here, and remained in force until the 16th century. Amalfi also pioneered the use of the compass, and circulated its own currency, the "tarì". Amalfi's unique charm has always attracted artists, writers, painters, directors, and even one of the twelve apostles, saint Andrew, who has a 10th century cathedral dedicated to his honour, where his relics are housed in the crypt. Amalfi is enclosed by a natural amphitheatre where the Canneto river runs through the lush Valle Delle Mulini: water-powered paper mills transformed rags into precious paper. A 13th century paper mill now houses a fascinating paper museum.

Getting to Amalfi  from Positano

Getting to  Amalfi by Ferry from Positano 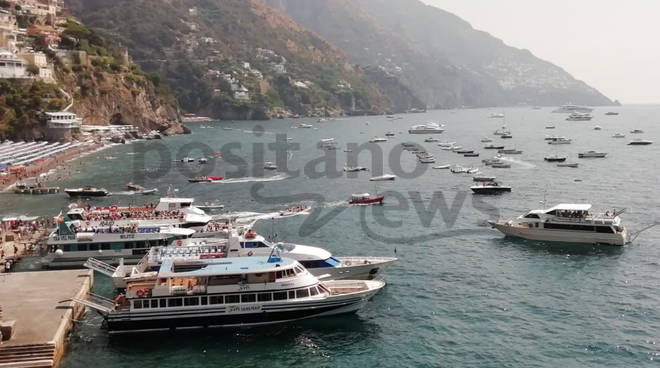 During the summer months, there are convenient sea crossings by ferry which depart Positano and stop in Amalfi

Getting to  Amalfi  by Car from Positano

If you're traveling by car, a piece of advice: be careful! 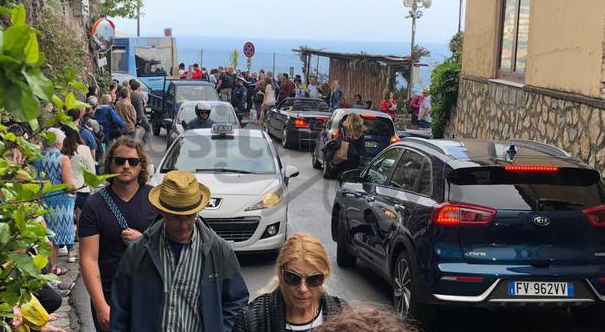 During the months of June ,July and August and on public holidays the road hugging the Amalfi Coast can be extremely busy and, as breathtaking as the scenery might be from your car window, spending hours stuck in a traffic jam under the Mediterranean sun is not much fun.